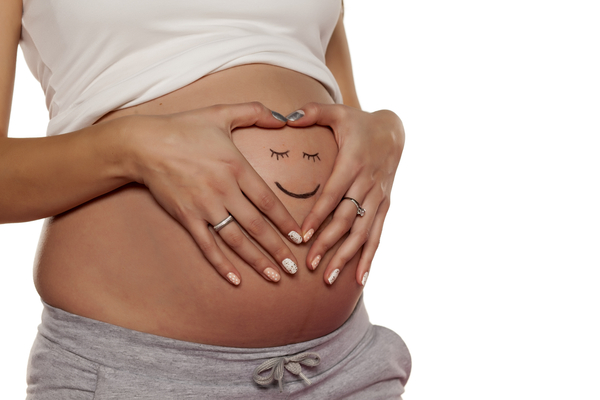 Testing for Group B Streptococcus


Group B Streptococcus is the most common cause of life-threatening infections in newborn babies in the UK.This kit contains everything you need to test for GBS and help safeguard your baby's health during pregnancy.

What is Group B Streptococcus (GBS)?

Group B Streptococcus is the UK's most common cause of life-threatening infections in newborn babies, and of meningitis in babies up to age 3 months.

Most GBS infections can be prevented by giving antibiotics intravenously (through a vein) at the onset of labour to all women who carry GBS. UK guidelines recommend Mums should be offered these antibiotics in labour if GBS has been detected during the current pregnancy, if a previous baby had GBS infection or if she has a fever in labour. Other risk factors include labour starting or waters breaking before 37 completed weeks of pregnancy and waters breaking more than 18 hours before birth.

Intravenous antibiotics in labour are highly effective at preventing GBS infection in newborn babies, reducing the risk for a baby born to a woman carrying GBS from around 1 in 300 to less than 1 in 6000. Oral antibiotics should not be given during pregnancy for GBS as they have not been shown to reduce GBS infection in babies.

There are always small but potentially serious risks associated with taking antibiotics, and this needs to be fully discussed with your doctor or midwife.

Screening for GBS is not routinely offered in the NHS. Laboratory testing for GBS is offered by Numi Scan (via a 3rd party) using enriched culture medium (ECM). Two swabs (lower vaginal and rectal) need to be cultured, ideally in the last five weeks of pregnancy, to best predict GBS carriage around the time of delivery.

When the ECM test is properly performed within 5 weeks of giving birth, a negative result was shown to be 96% predictive of not carrying GBS at delivery (4% of women acquired carriage between the test and birth) and a positive result 87% predictive of carrying GBS at delivery (13% of women lost carriage in that time). The test can be completed earlier, but is not as reliable at predicting carriage status over longer periods. It can be also be completed later, but the chance of the baby arriving before the result increases.

Testing for GBS needs to be included in the pregnancy and birth plan and discussed with the midwife, Obstetrician or GP including the treatment plan if GBS is detected. UK guidelines recommend that, when GBS is detected during the current pregnancy, the woman should be offered intravenous antibiotics in labour. This will stop most GBS infections from developing in newborn babies.

Antibiotics may affect the GBS test result. If you are taking antibiotics, or have recently, discuss this with your midwife or doctor.

GBS carriage can come and go, though tests are very predictive for a period of 5 weeks or so. Testing is usually undertaken after 35 weeks of pregnancy. Two swabs need to be taken and be accompanied with a completed request form showing:

Patient's name, address and date of birth.
Mobile phone number if you would like also to receive results by text message.
Numi Scan email address if you would like us to receive the results first.
The result of the test will be available within 3 working days of receipt of swabs. Results will be sent both to the patient and to the named healthcare professional indicating whether GBS has been isolated (positive) or not (not-isolated).

£59 (this includes the postal pathology pack, 2 swabs in non-nutritive transport medium, post paid padded envelope and laboratory testing service).
The test can be completed with either a presentation or well-being scan at additional cost or on its own